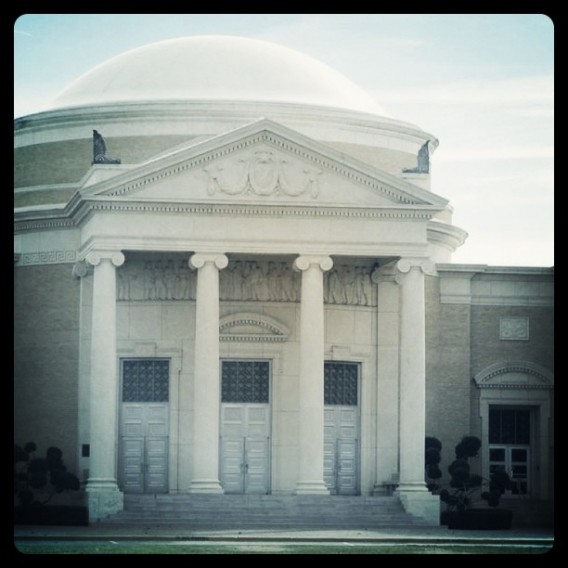 This summer, my wife and I opted to step down from the church that I was pastoring and move our family back to Texas where I will finish my M.Div. at Southwestern Baptist Theological Seminary. Obviously, we didn’t come to this decision quickly or without hesitation and concern. And yet, we did agree that God was calling our family to take this step.

But how did I know? How did seminary even get back on my radar?

It’s a fair question. My wife has joked that anyone who predicted that I would submit myself to formal theological training would have been laughed out of the building last year. And yet here we are.

While at The Gospel Coalition’s National Conference this year, I was struck by something that Dr. Al Mohler said during a panel consisting of himself, Driscoll, Helm, Carson, and Duncan. The topic was Training the Next Generation of Pastors and Other Christian Leaders.

Now, I readily admit that I had no idea how prevalent the topic of seminary would be at this panel. I anticipated that it would help spur ideas for developing new church planters. In fact, when I realized that the emphasis for this panel would be seminary, I almost got up and left. But I decided to stay and listen. And then I heard it.

I sometimes overhear someone saying, “I’m not sure that I actually need that [formal theological training].” And that is one of the most amazing statements that could be made to me.

I would say, if you do not have a godly desire to dive deeply into every one of these disciplines – to know more about Scripture, more about apologetics, more about theology, to be able to connect the dots in a Biblical theology – if you don’t have a passion for doing that, then consider your call.

It would have been easy to dismiss his statement. After all, he is the president of Southern Baptist Theological Seminary – he has to say this. It’s the company line. His is the largest seminary in North America. If he didn’t believe this, he couldn’t have any integrity.

And all of those thoughts began to swirl in my mind.

But in that same moment, I felt a stirring in my soul prompting me to sit and listen. And in that moment, the Holy Spirit began drilling down this truth within my heart and mind.

With that truth bearing down on my mind, I began longing for the theological foundation that seminary would help support and strengthen. As that truth was drilled down in my heart, something even more strange began to take place. My intellectual pride was revealed, torn down, and I became willing to submit myself to the instruction that would occur in seminary.

Simply put – seminary would have never returned to my radar had God, in his sovereignty, not placed me in a workshop that would not have attended had I understood the material. And despite my initial desire to dismiss what was said, it was in that setting that God gripped me and prompted me to finish my seminary training.