Today we’re continuing to the group blogging project hosted by www.churchcrunch.com. As a community, we’re walking through Seth Godin’s book Tribes: We Need You to Lead Us. Today’s post is hosted here!

Leadership is a choice. It’s the choice to not do nothing.
There has always been talk of leadership as a naturally-endowed ability. We look at certain people and describe them as “natural-born leaders.” But Seth Godin clearly disagrees. He believes that leadership is a choice that we make – and it’s actually the most logical choice – the choice not to do nothing.
If think about it, the hardest thing to do is hold absolutely still and not do something. Try to sit still as you read this post, if you don’t believe me. Movement is natural. We all have that natural desire to do something, to move forward, to accomplish, to step-forward… to lead. But often, that desire is discouraged by well-intentioned teachers and managers who themselves found leadership too large a task in their life. (Teachers who dream of teaching encourage their students to dream!) So why would we (why would they) not urge students to step forward and lead?
Leadership is scarce because few people are willing to go through the discomfort required to lead. 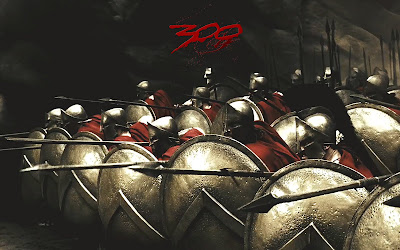 In the movie 300, King Leonidis fought as the point of the phalanx formation of the Spartans. He stood before the majority of his Spartans, facing more spears, more swords, and more soldiers than any other fighter in his army. This is the role of the leader. The leader is on the frontlines of the fight facing more criticism and attack than others in their tribe.
But those who take their stand in the frontlines, leading their tribe into the future, have the potential to change the world – in victory and defeat. Choose your favorite epic movies. In movies such as 300, Braveheart, and Gladiator, the leader lost his life for the sake of his cause – his tribe.
Some of Seth Godin’s readers will think that a bit of an extreme takeaway, but for Christ-followers, something resonates with that reality. Pastors understand facing criticism and attacks. Ministers resonate with the costs – financial, emotional, physical, and mental – of leadership.
But ultimately, Christians understand that Jesus command that we “take up our cross and follow him” means death. It means giving up everything for the sake of the cause. We don’t have the priviledge (or shame) of standing motionless and not doing anything. We’re all on mission.
So these are the questions I have for you: