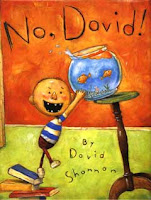 Have you ever had that sneaking suspicion that you just have out-dreamed your life with God? You know what I’m talking about. Don’t pretend not to.

You had this insane vision that you did something incredible for God – you may have even claimed that as your “calling,” or “purpose.” But as soon as you faced adversity, you began to believe that God’s vision for your life is not quite as large or glorious as your own. And while I’m not one to espouse anything resembling prosperity gospel (which is, in fact, no Gospel at all), the problem is not with the lack of God’s scope, but our scope of God.

CS Lewis wrote in The Weight of Glory:

it would seem that Our Lord finds our desires, not too strong, but too weak. We are half-hearted creatures, fooling about with drink and sex and ambition when infinite joy is offered us, like an ignorant child who wants to go on making mud pies in a slum because he cannot imagine what is meant by the offer of a holiday at the sea. We are far too easily pleased.

Growing up, my dad was forced to develop certain verbal cues for me because, frankly, I was a pain in the neck who required extra discipline to pick up certain characteristics. One of those cues was “Think son, think.” It was used most often when I would “figure” or “assume” or even worse, “creatively devise” rather than using my adolescent brain.

The idea that my vision is greater than God’s is one of those moments when the old verbal cue has to kick in.

Paul wrote that God is “able to do immeasurably more than all we ask or imagine, according to his power that is at work within us.” And if I truly believe that, then I can’t possibly outdream or outvision God.

Instead, if I truly believe that truth than I will be able to slow down and realize that my vision isn’t larger than God’s, but only a mere crumb of anything close to all that he desires for my life.

The scary thing is, if I’m willing to waste my life chasing after my dream, I’m more than able. But if I’m willing to place that desire and dream at the feet of Jesus, and submit to his will and plan for my life, I can rest assured that his vision for my life is ridiculously greater than my own.