In Retro-Christianity: Reclaiming the Forgotten Faith, Michael Svigel (assistant professor of theological studies at Dallas Theological Seminary) argues that evangelicalism has hit a mid-life crisis, and seeks to give us a way forward. This way forward, unlike other well-intentioned but misguided paths, attempts to sail between the Scylla of historical idealism and the Charybdis of a-historical progressivism. And for Svigel, the way forward involves studying our past.

“Moving forward by looking back can be a difficult process requiring time, study, deliberation, and constant reevaluation, but it can provide necessary balance between the extremes of wide-eyed primitivism and wild-eyed progressivism” (80).

Evangelicalism, according to Svigel, appears to have hit a mid-life crisis. Evangelicalism – birthed by conservative denominationalism and conservative independents at the turn of the 20th century – has grown from early conservative fundamentalism into evangelicalism. It matured into tent-revivals that filled stadiums, and entered into a hasty marriage with the culture during the 1980s and 1990s. At the turn of the 21st century, Evangelicalism, “is starving for an identity, a calling, a stabilizing force” (37). To make matters worse, in effort to find themselves, some evangelicals are retracing the steps of the liberals of the early 1900s who provided the impetus for the birth of fundamentalism to begin with.

“The time has come for evangelicals to reclaim the forgotten faith. This means doing something many are reluctant to do. It means reflecting on the past to rethink the present and revitalize the future. It means, in short, to think not just biblically and theologically, but also historically” (40).

Looking forward with an eye on the history of Christianity, Svigel contends that evangelicalism needs to recommit itself to the three marks of the church: Orthodoxy (the core essential truths of Christianity), Order (properly trained, trusted, and tested pastors, teachers, and leaders), and Ordinances (baptism as the rite of initiation into the covenant community and the Lord’s Supper as the rite of ongoing covenant renewal). Few would dispute orthodoxy and ordinances as marks of the church, (Luther and Calvin both contended for the Word rightly preached and the sacraments rightly administered). However, some may balk at the notion of trained leadership.

And Svigel is not content to merely ruffle a few feathers, he goes on to defend, Biblically and historically, a particular model of church governance that falls squarely in the category of elder-rule. Preempting any objections that this rests decision-making in a select few (the pastors and teachers), Svigel writes, “Yes. This is the countercultural teaching of Scripture and the order established by the apostles. To be sure, the covenanted members are involved in the ministry as the Lord has gifted each one (see Rom. 12:4-8; 1 Corinthians 12-13). However, their primary relationship to the appointed elders is to submit (Heb. 13:7,17)” (183).

The author also urges evangelicalism to return to three distinct works of the church: Evangelism (reaching out to unbelievers with the gospel), Edification (building up believers in the faith), and Exaltation (offering praise and prayers to the triune God). Svigel writes, “If a church does not consciously and continually revisit and strengthen these pillars of essential marks and works of the church, they will eventually erode, crack, and crumble” (175).

For those who question the value of studying history, Retro-Christianity: Reclaiming the Forgotten Faith provides helpful insight. We simply cannot know the way forward without looking back. History provides a framework for understanding the events that led to our present situation and the minefields we need to avoid moving forward.

This is a fantastic book for Evangelicalism’s present situation. 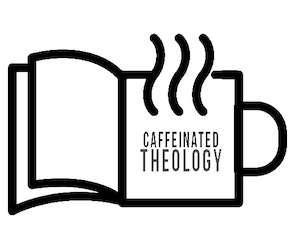 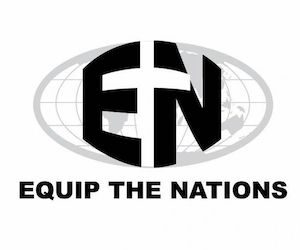