Listening to the Beliefs of Emerging Churches, edited by Robert Webber, was given to me by my wife for Christmas this past year. But rather than wishing your wife was as cool as mine, imagine a conversation taking place among the many different voices of the emerging church. That is the purpose and process of this book.

Five different leaders (very different in style, theological convictions, and geographical location) associated with the emerging church are given five specific topics to write. Apparently, once each author (all practitioners currently serving in a ministry capacity) wrote on their specific topic, the papers were passed around and all of the other participants reviewed and shared thoughts brought about by each other’s thoughts. This made the entire book feel very much almost conversant. 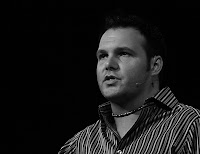 Mark Driscoll, of Mars Hill Church in Seattle, wrote as Mark Driscoll writes. He confidently and carefully lines out major tenants of the Christian faith (including the Reformed Theology that he adheres to). Whether you agree with him or not, Driscoll constantly cites and interacts with Scripture. When writing on theology, I would consider that an important aspect to draw from. 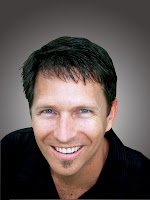 John Burke, of Gateway Church in Austin, wrote, “one fear I have for the emerging church is that we will cut loose from the anchor of the authority of the Scriptures in hopes of relating to our relativistic culture.” And, as you would expect if you have read any of his books, his chapter is full of stories from the church that he leads of hearts and lives changed by the good news of Christ. 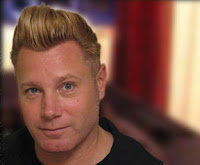 Dan Kimball, of Vintage Faith Church in Santa Cruz, wrote the book on the emerging church, literally. Like Burke and Driscoll, Kimball is what I would consider to be an emerging evangelical. I appreciate how he claims to be “a conservative evangelical, but not ‘one of those’ conservative evangelicals.” His idea that all Christians should be “missional theologians” who worship in community stands out as a major idea that I will take from this book. 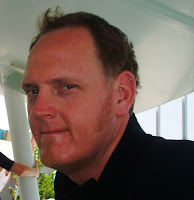 Doug Padgitt, of Solomon’s Porch in Minneapolis, wrote, in my opinion, the most frustrating chapter in the book. As I read the prior chapters, I could resonate with what the author wrote and found agreement with much of the discussion. But, similar to my conclusion after reading his Church Reimagined, I feel at odds with several of his major emphasis such as his statements that theology was meant to be temporary, that Augustine’s influence on the church had too much sway, and that Pelagius wasn’t being heretical, he was being contextual?! For the first time in the book, I found myself in absolute disagreement with an author. But I also found my favorite response written by Driscoll, who by this point in the book basically writes, “I like the dude, but he’s wrong for all of these reasons.” 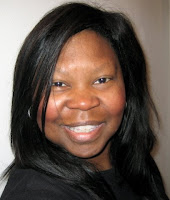 Karen Ward, of The Apostle’s Church in Seattle, wrote the most creative chapter by far, written in the most creative style. Perhaps that creativity worked in opposition to it’s intended effect, because I had the most difficult time comprehending what was being written. Mark Driscoll responded by writing, “Karen’s chapter raises the important question of what exactly is the level of authority that Scripture holds in the church. Karen’s chapter uses only three Scripture references, an old worship song, an indie rock band, a postmodern philosopher, a church blog, a movie, an obscure theologian, and Hindu Ghandi as her authorities.” I disagreed with much that she wrote.

The chapters themselves are intriguing, interesting, and at times extremely frustrating. But it is wonderfully helpful in presenting the unfinished, unwritten, disjointed beliefs of emerging churches. It remains undefined. And, I believe it will continue to do so.

And so, we must all consider what we hear. We cannot take anything at face value or without checking that it corresponds with Scripture. We must be vigilant. We must continue to be as Christ commanded, “Shrewd as serpents and harmless as doves.” And with that mindset, along with a large dose of grace and humility, we can listen to the voices of the emerging church.