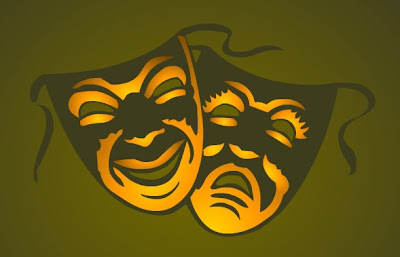 One of the greatest dangers among pastors and ministers is a lack of authenticity. This is one of the most common precursors to a pastor’s moral failure.

It begins innocently enough. We take to heart Paul’s command to his flock that they were to follow him as he followed Christ. Suddenly, we begin to understand our role as pastor/teacher differently. We begin to understand (rightly) that we are not only to lead from the pulpit (or stage), but are called to lead from the midst of the people in the churches we lead. This becomes an issue when we succumb to the pressure of living as an example of holiness, and in attempting to do so, we fail to live as an example of repentance.

As for me, I have never been good at wearing the mask and playing the role – whatever that role may be. I’ve always had an amount of inability at “faking it.” I’ve almost always been faithful to who I am…often to my expense.

But even in the last month (my first in a lead pastor role), I’ve felt the almost immediate inclination to play the game and pretend that I have it all together. I’ve fought this urge, and will continue to do so, because my responsibility is to lead in holiness and in repentance.

The reality is that it’s not about living up to a code of conduct, or checking actions and behaviors off of a list. My responsibility as a pastor is to lead with the trajectory of my life – to constantly be pointing to and growing in Christ. This is was Paul meant. It means growing in holiness through repentance.

And so I will continue to do the best I can to keep the mask off. It won’t always be pretty, but it actually is the best i can do.